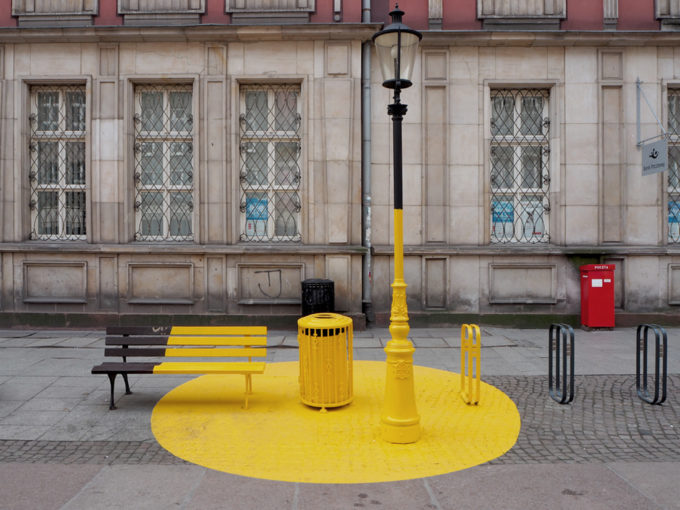 In march 2016 the process that was awaiten by many citizens of Gdańsk started. City of Gdańsk inaugurated a long term preparations to refurbish and reconstruct the most representative part of the Old Town – The Kings Road. The actual works had to be proceeded by public consultations and workshops, specialist analysis and, in the end, an architectural competition. ZDiZ asked us to prepare an installation that would drag a public attention to that process to involve people and inform them about the progress.
We proposed a very bold, even controversial solution. After picking two spots within the Kings’ Road we placed giant yellow dots covering the pavements and city furnishings. This had one purpose: drag attention and provoke the citizens to discuss and search for information about the action. We chose the yellow color because it associates with road works and stands out really strong in historic surroundings. The dots were supplemented with steel exposition stands which were used by ZDiZ to present an exhibition about history of the road, and as a announcement board.
As we expected, this event gained a lot of attention from citizens and media. 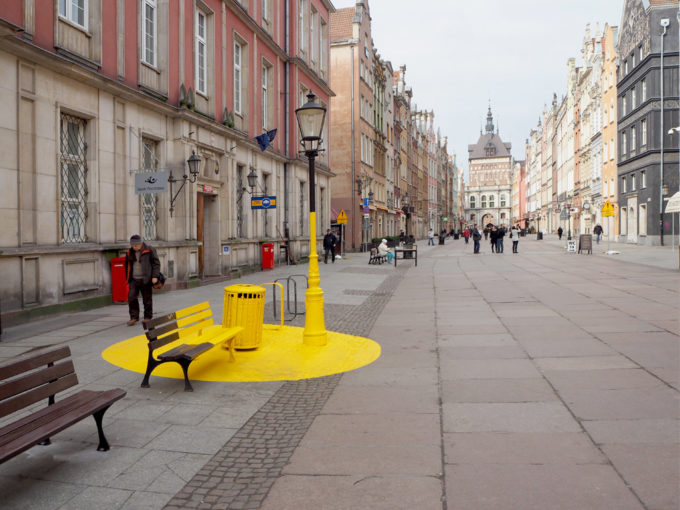 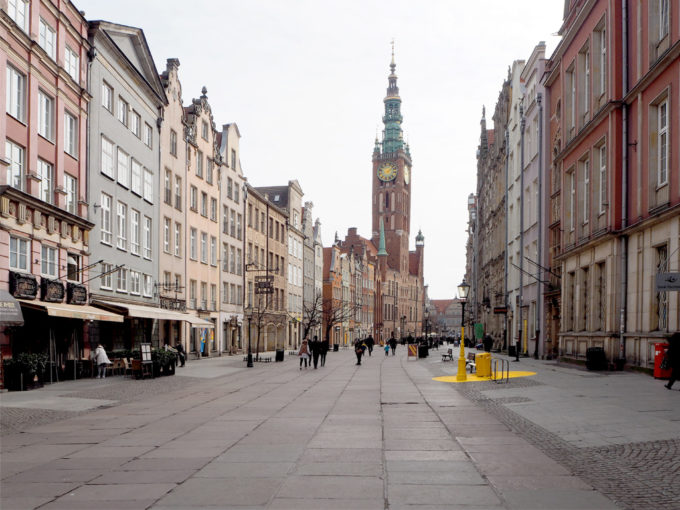 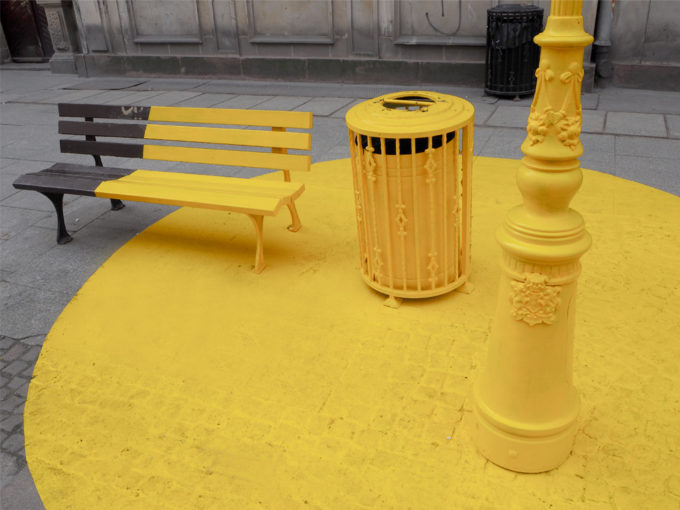 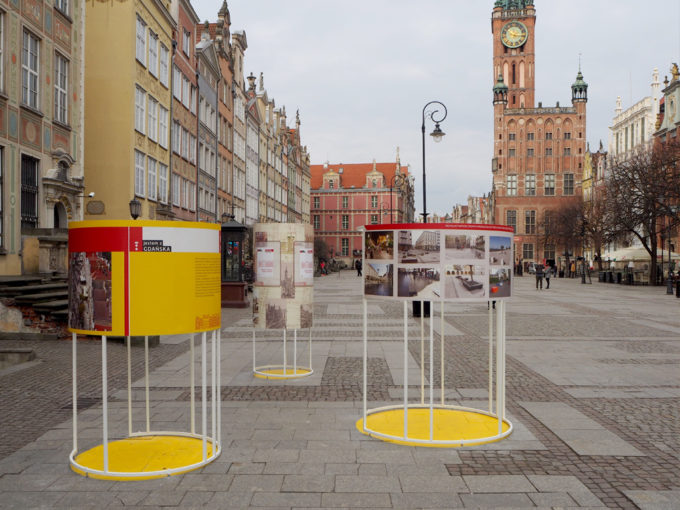 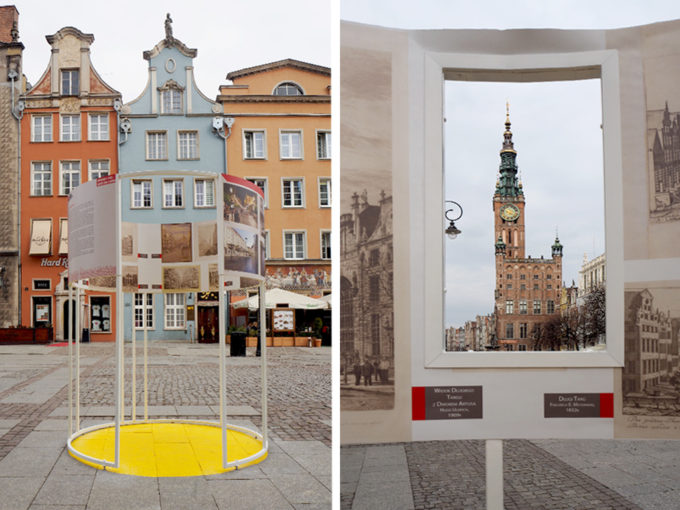