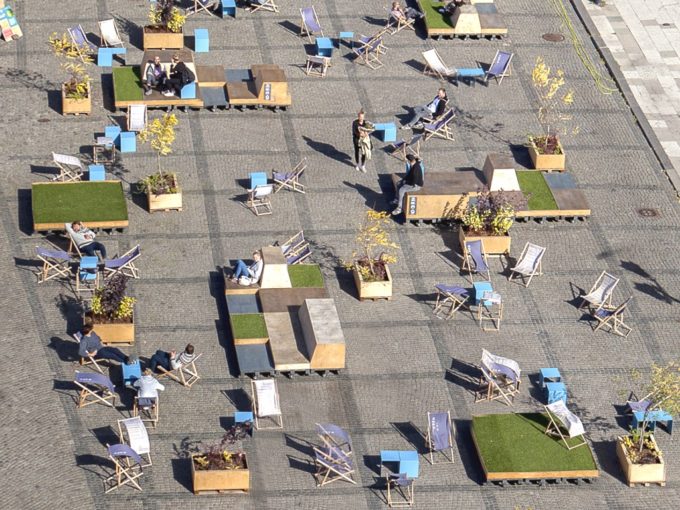 The arrangment of the Targ Węglowy square is a developed continuation of intervention actions started in 2013. The project consists of three functions: market, rest and sport. The editable character of the space was a solution to cooperate with lots of events which take place on the square during the summertime. The space of the square was arranged with mobile modules of urban furniture made of plywood and the green court which is a base for them during the events, when the whole installation could be moved to the place of court and take a compact form which still is a space for resting. The composition was accompanied with a small pavilion with books and sports equipment, and some editable tables which were also used as market stands. The whole composition was completed by trees, shrubs and small blue cubes designed to be moved and arranged by the users of this space. 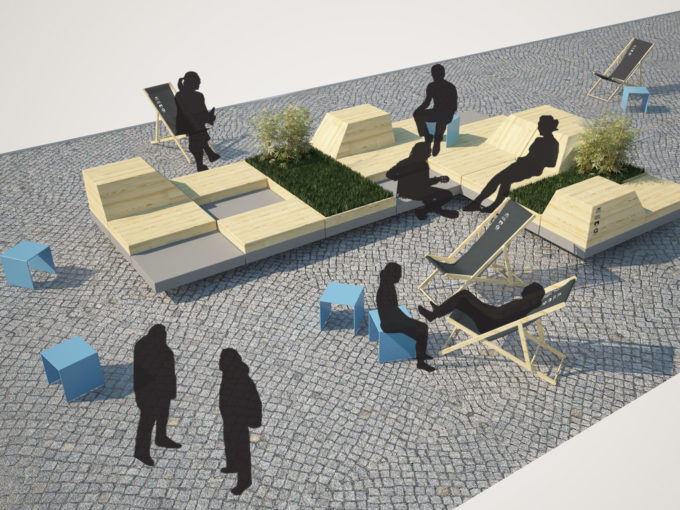 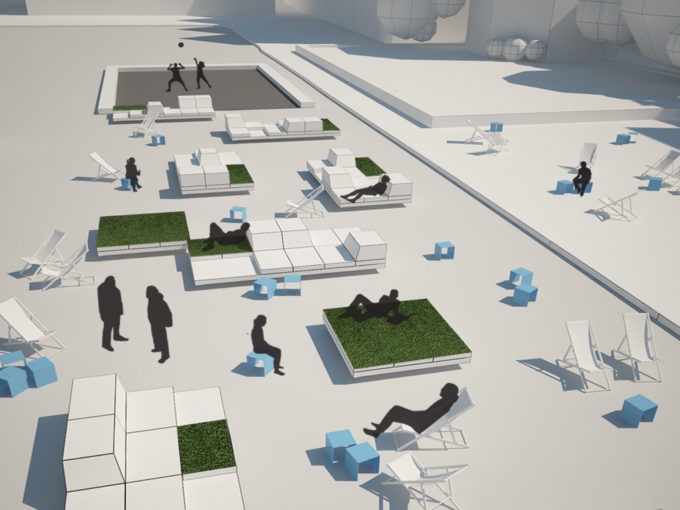 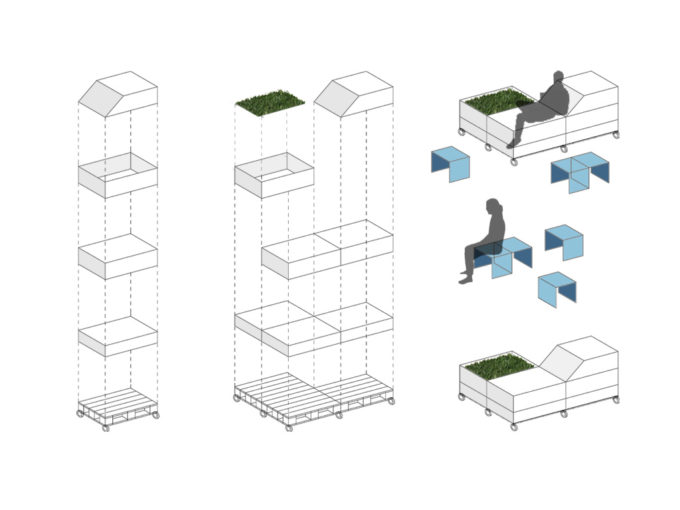 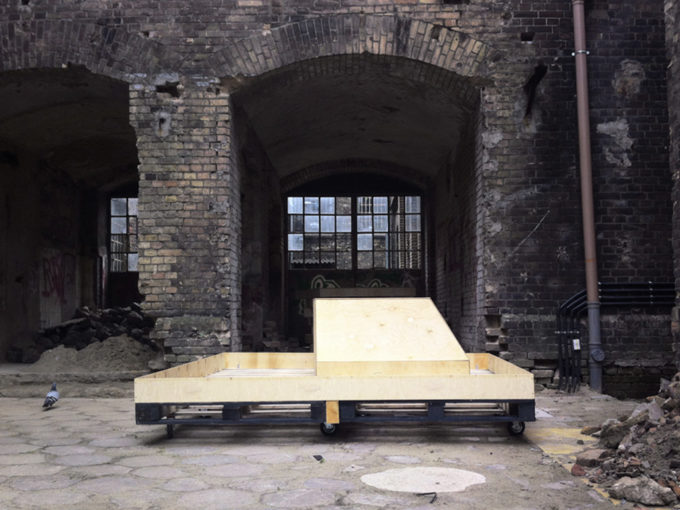 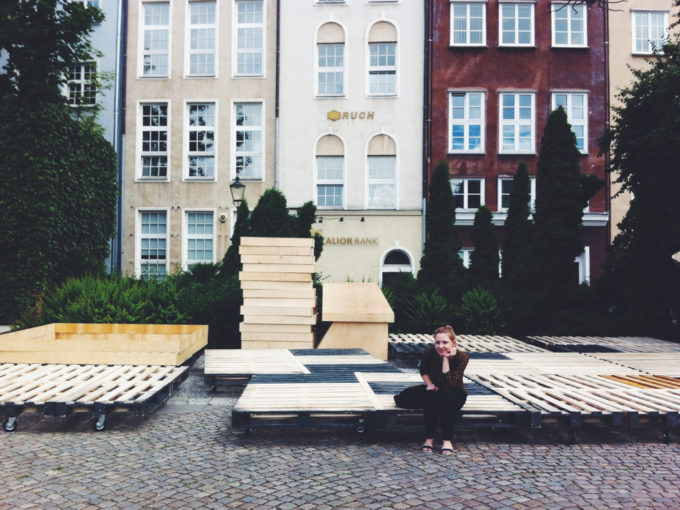 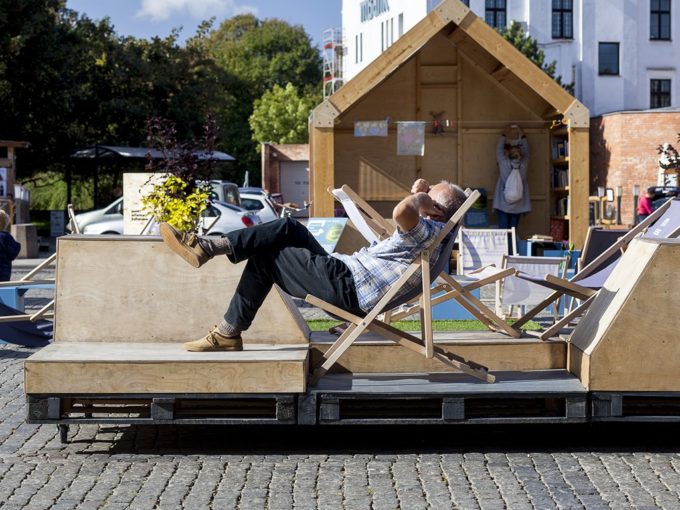 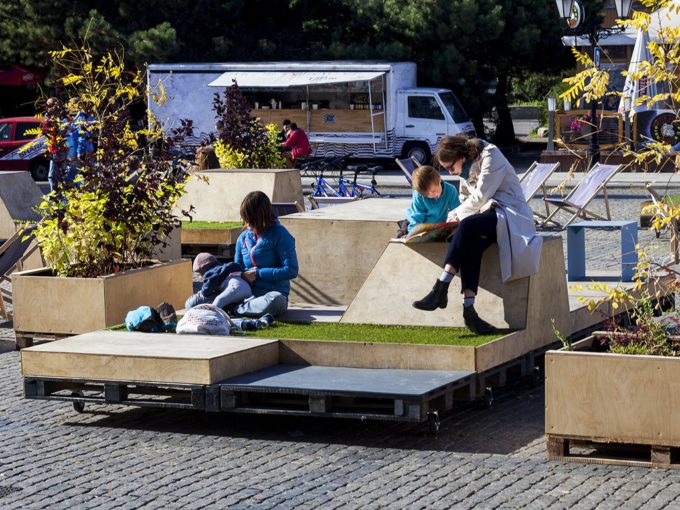 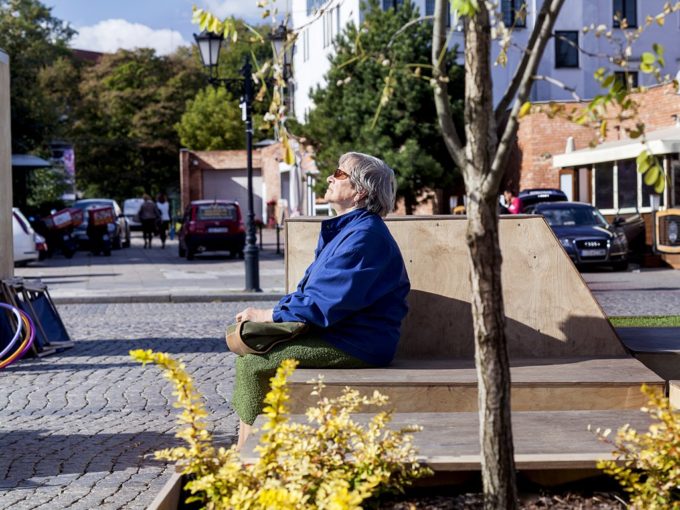 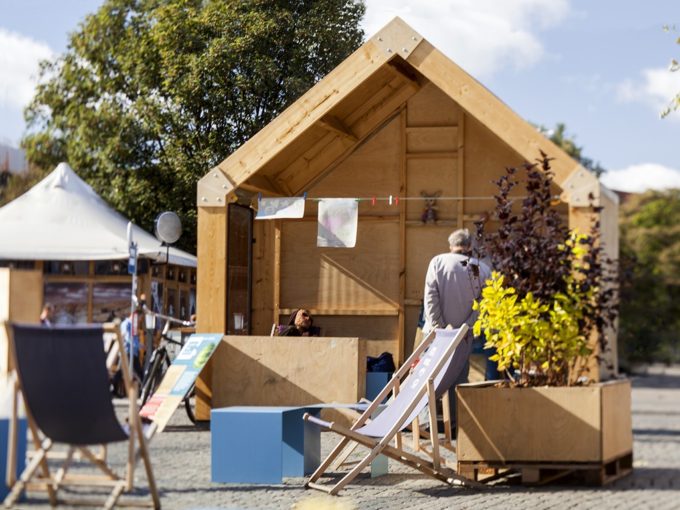 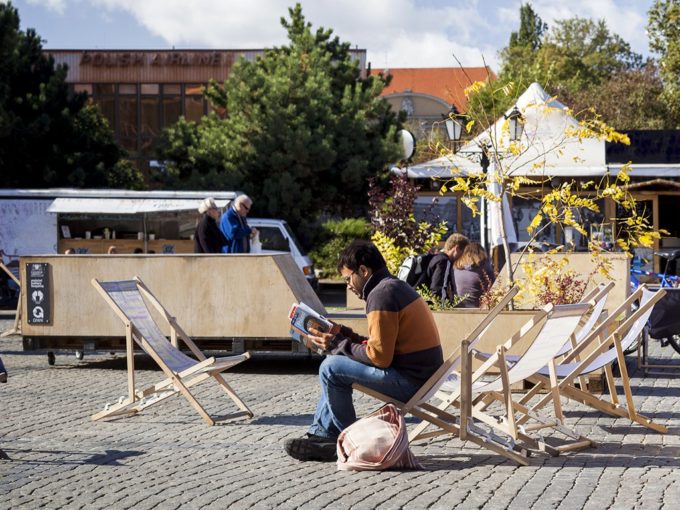 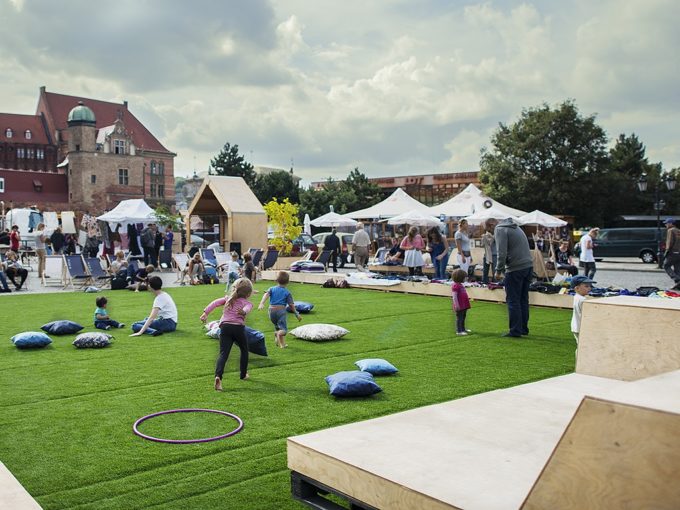 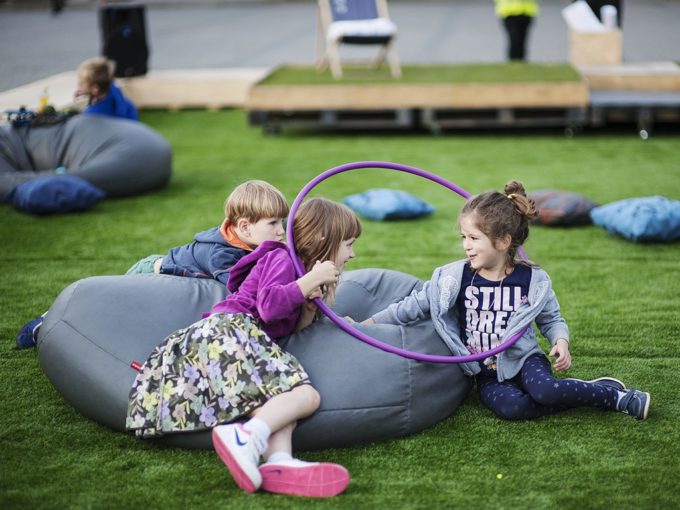 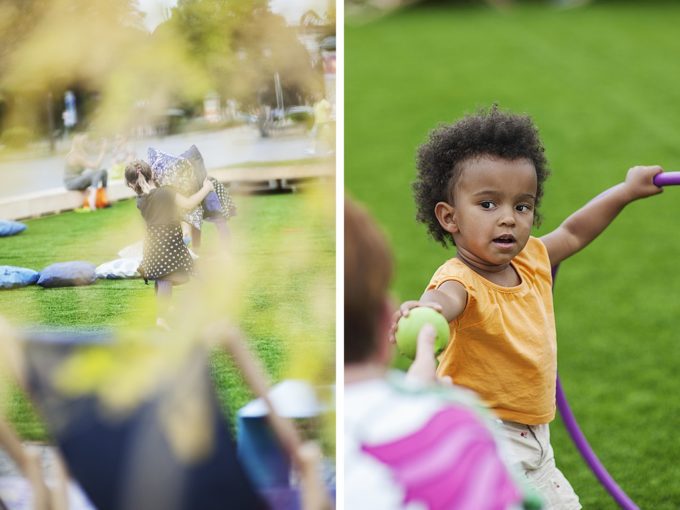