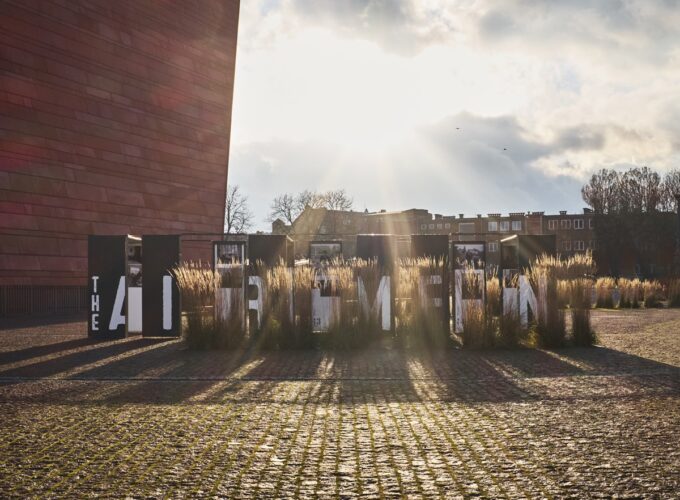 The exhibition showcase in an innovative and artistic manner the photography project “The Airmen” by the photographer Michał Solarski. The exhibition consists of unique portraits of the heroes of the Polish Air Force at the end of their lives, photographs of airmen which are part of the collection of the Museum of the Second World War as well as written material  introducing the visitors to the theme of the exhibition.

The concept is based on a tunnel like modular arrangement which origins in airplanes hull construction inspiration, but also refers to a small architecture objects on Museums square. Inspite its spatial universality the exhibition was designed with mindful respect to the spatial arrangement of Museums square, at the same time significantly standing out presenting its graphical title from far distance.

The exhibition space was divided into four subjects represented by gate-like modules – Fighter Pilots, Bomber Pilots, Members of the Crews, Mechanics and Ground Personel. The idea of gates was to create an overhead exhibition space to mimic a gaze-in-the-sky watching machines in action from ground perspective.

The modular construction ensures an easy assemble – dissassemble and transportation and a multiple time use. It is also easily rearrangable for future use presenting another subject.

Up till now the exhibition has been presented on Second World War Museum in Gdańsk square and in Air Force Museum in Dęblin. 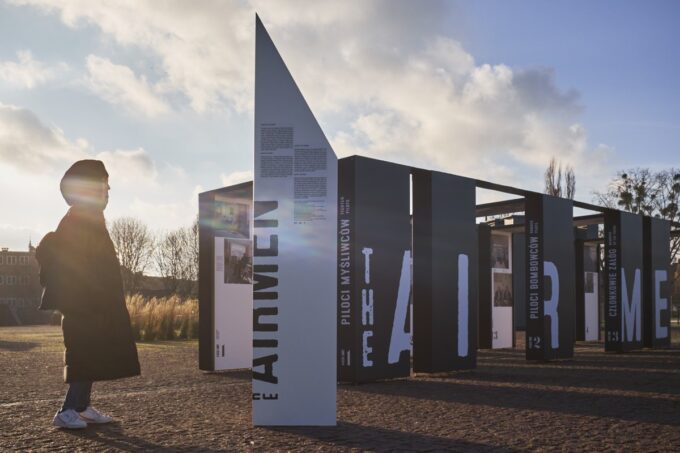 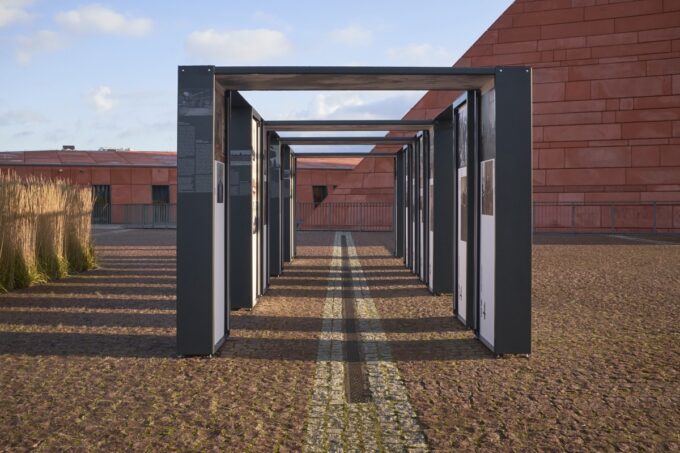 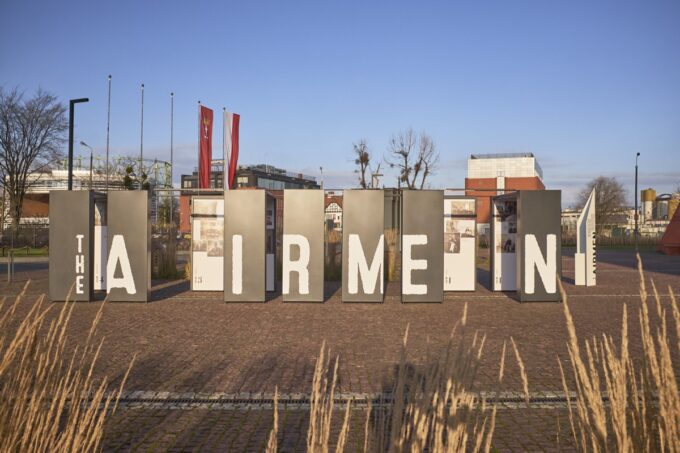 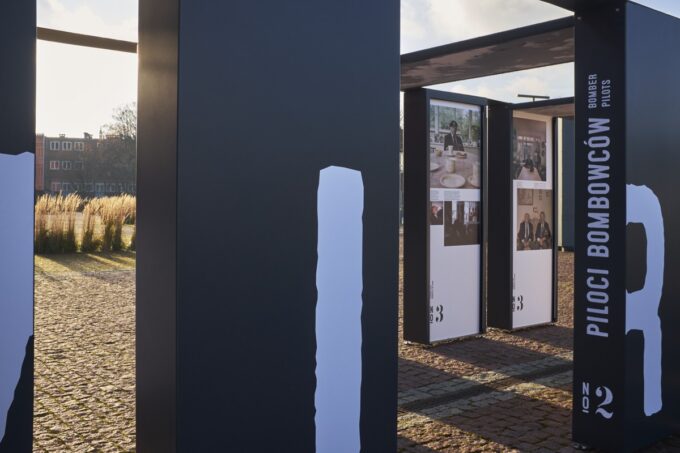 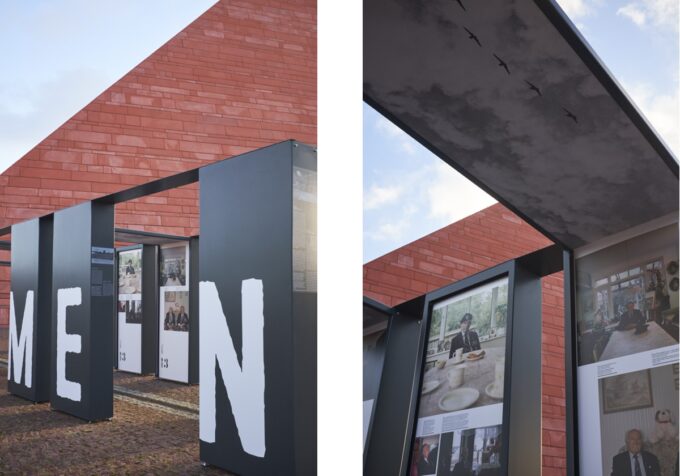 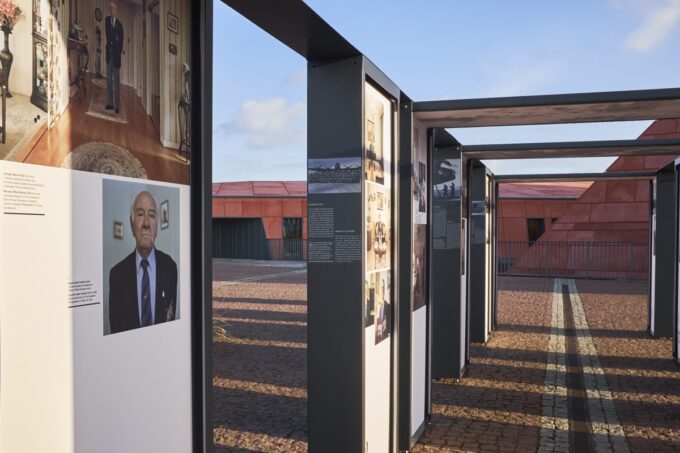 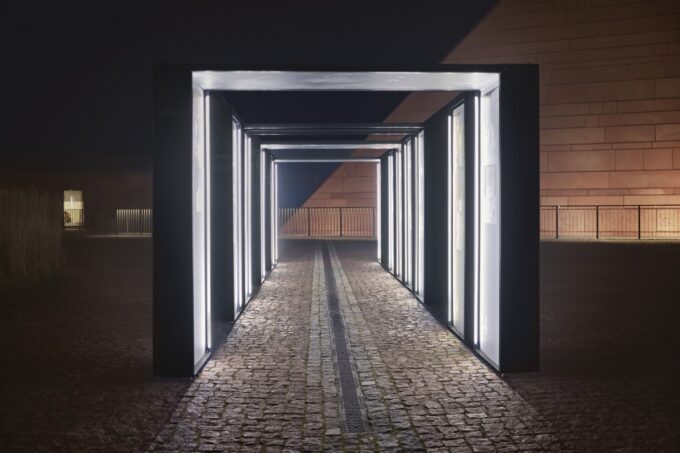 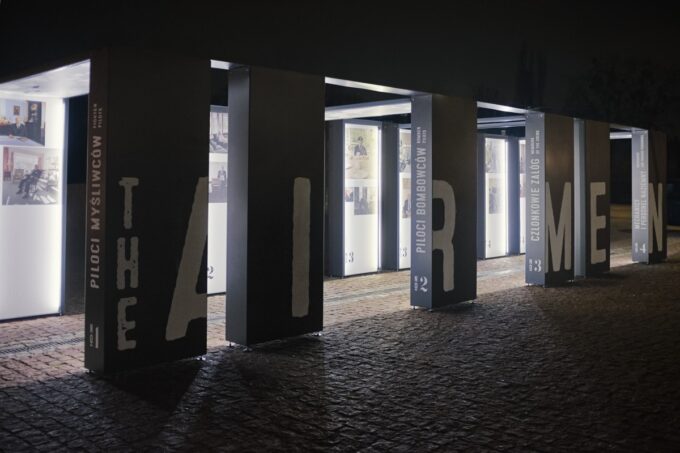