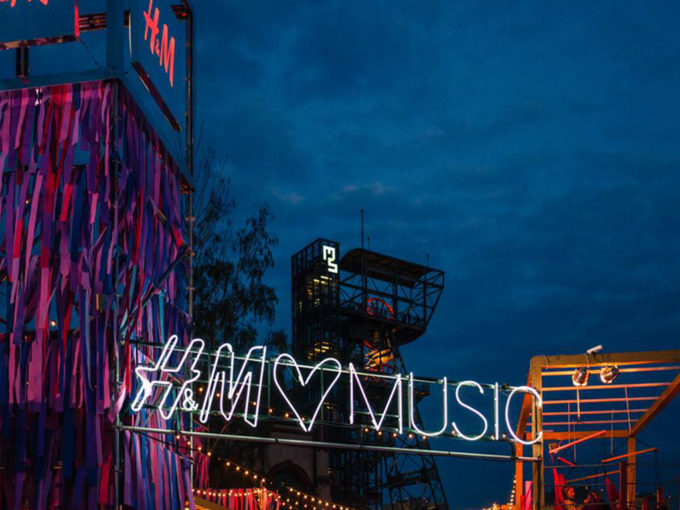 Project of pavilion and brand zone.

Pavilion, created for H&M company, was designed for Polish music festivals. The form referred to festival ease and freedom. The festival fashion is full of hippie stylizations that is why colorful, light textile stripes became the leading theme for the design. The Layher scaffolding constructions and container frames were covered by walls of wind-waved stripes which made the pavilion seem to move together with music rhythms.
The interiors contained photo kiosk with Instagram photo printer or a spot to sew a photo onto a piece of clothing. It also contained a relax zone fitted with swings and seats.
A modular construction helped to build the pavilion on two different spots – Open’er festival in Gdynia and Tauron Nowa Muzyka in Katowice. It was also built in Romania in slightly changed form as part of Untold festival.
The wavy stripes also became a leading theme on H&M shop windows in Sopot, Warszawa and Katowice. 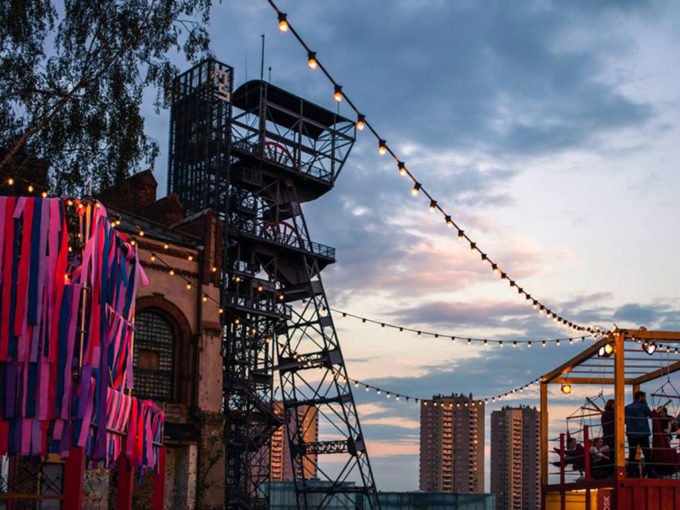 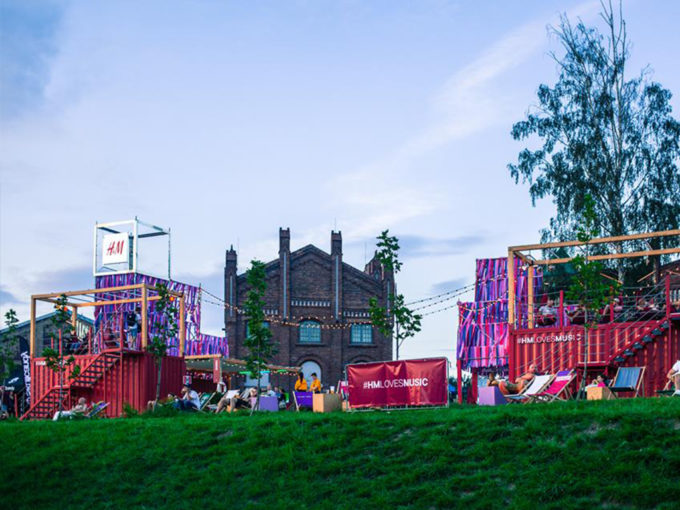 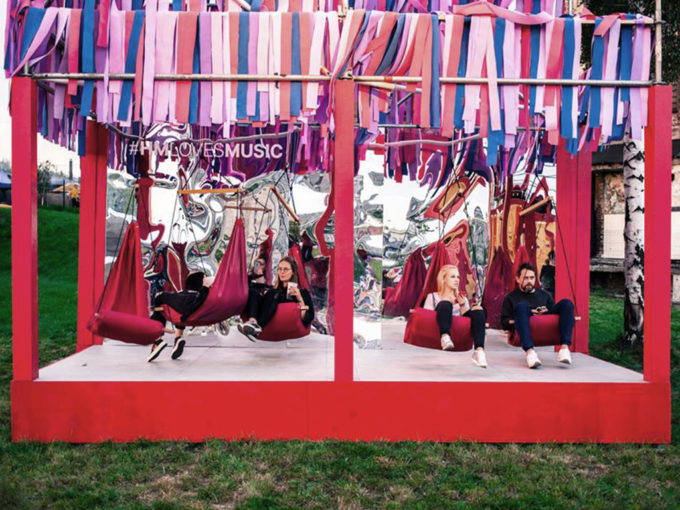 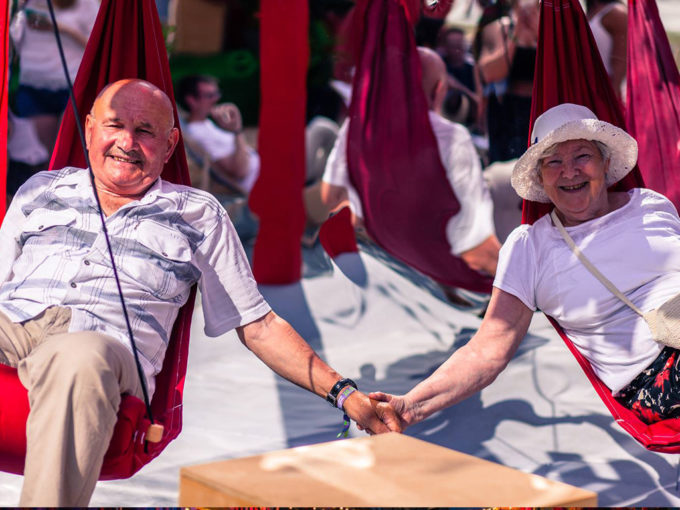 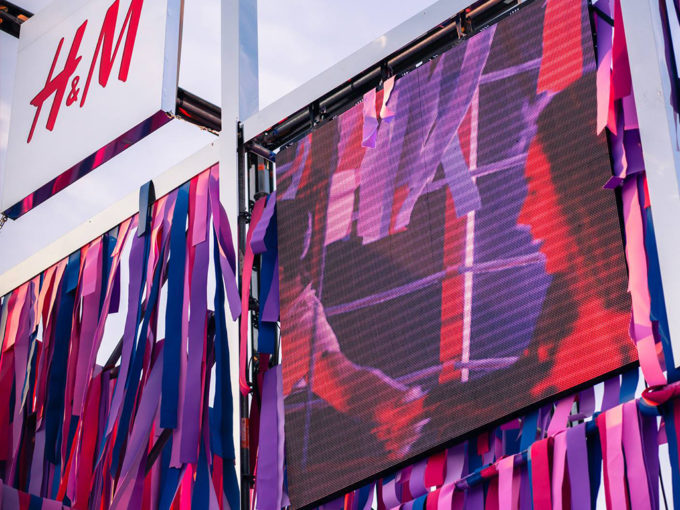 OPENING OF THE EUROPEAN SOLIDARITY CENTRE