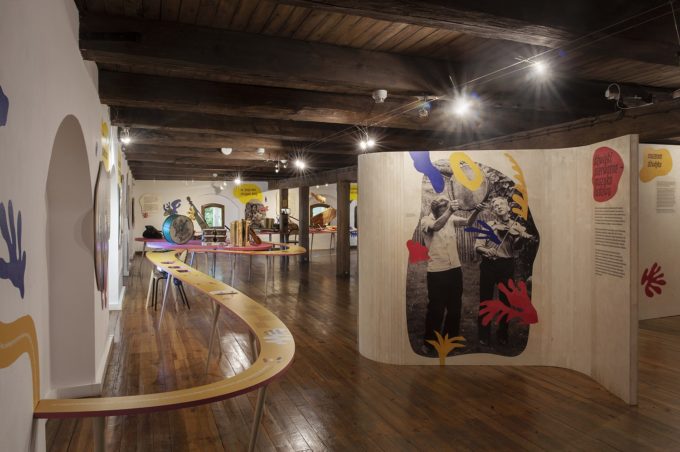 “Dźwięki Pierwotne” (“Primary Sounds”) is a first exhibition in the Department of Ethnography of the National Museum in Gdańsk utilizing the whole space of the building. We did not only arrange the main exposition dedicated to ethnographic aspects of music, but we entered every corner of the building audiofying and rearranging the permanent expositions.
Our design in an obvious decision was based on affecting the hearing senses – there were multiple listening installations, but also ambient sounds surrounding the visitors, creating new contexts for the old permanent expositions.
The forms we designed as part of this project were inspired by music – mostly ethnic.
“Dźwięki Pierwotne” exhibition was unusually diverse and complex. Lot of work has been put into creating dedicated sound installations, acquiring extraordinary exhibits and historical, forgotten musical instruments. It enabled us to work with some exceptional artists from a variety of fields which we are very grateful for. 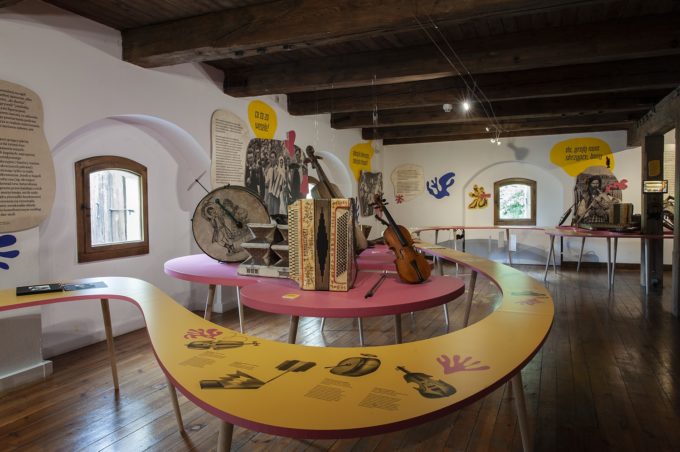 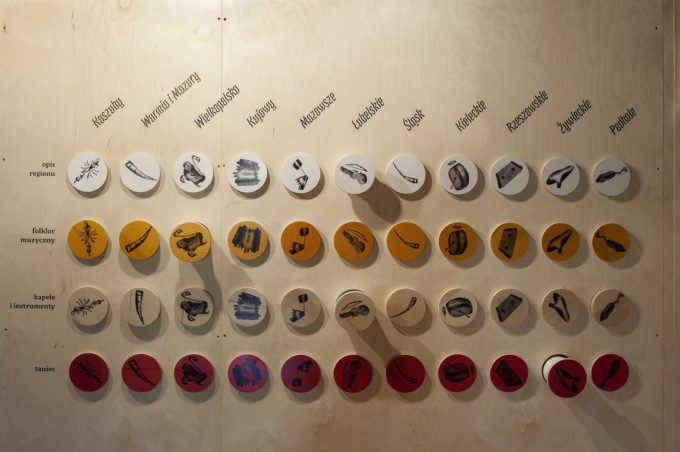 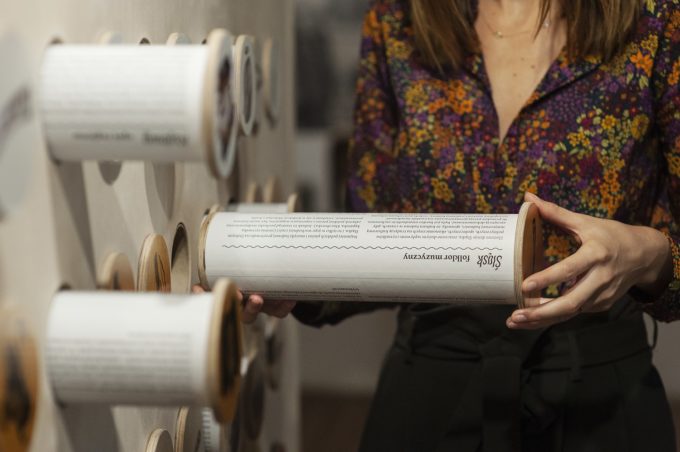 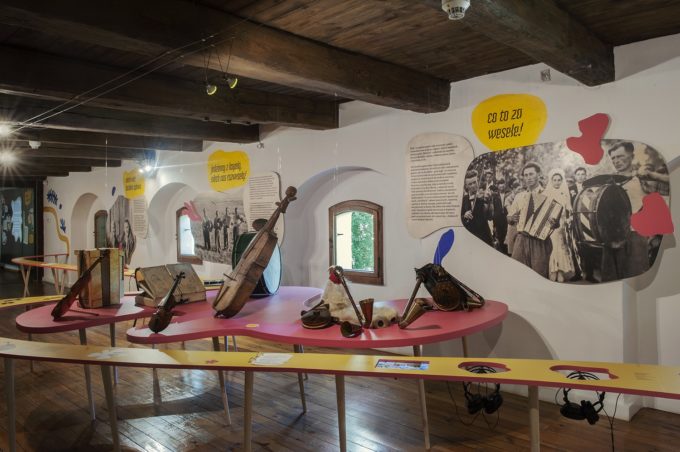 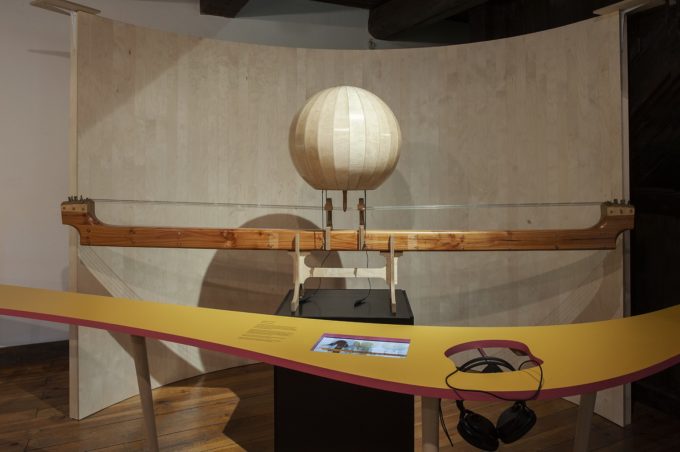 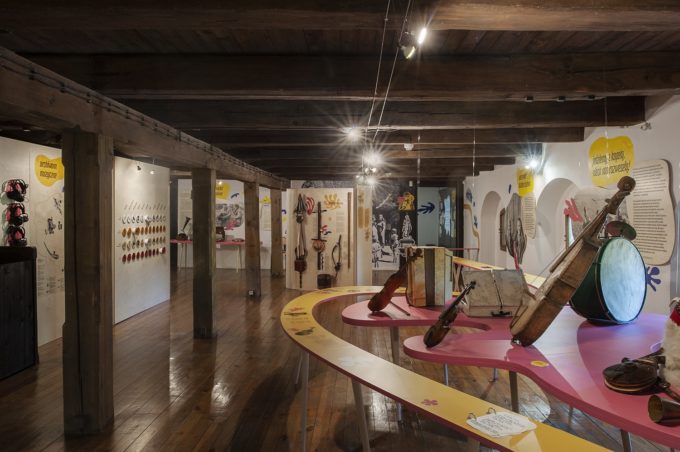 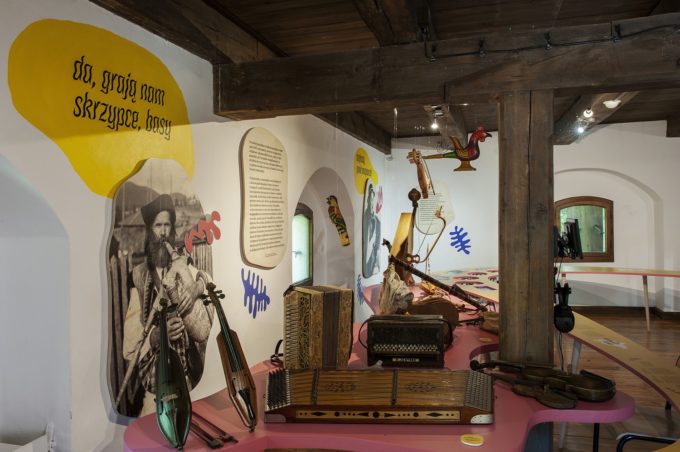 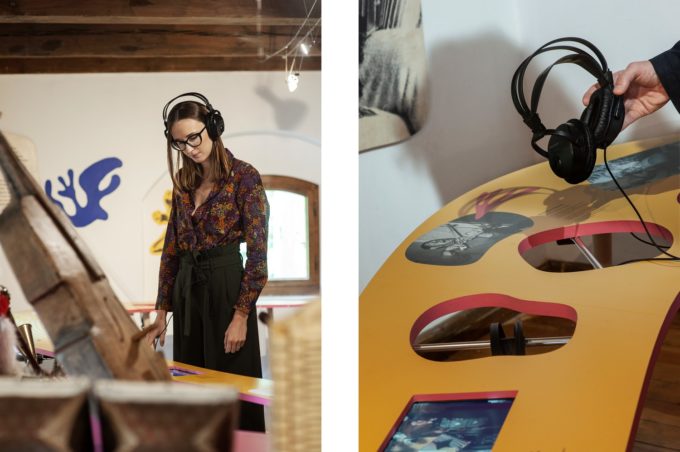 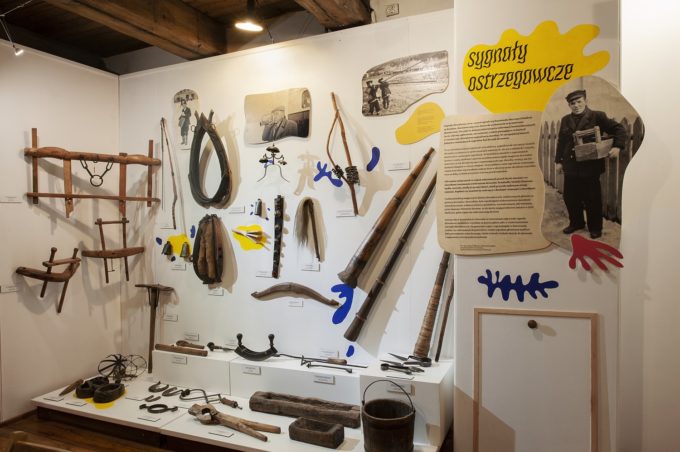 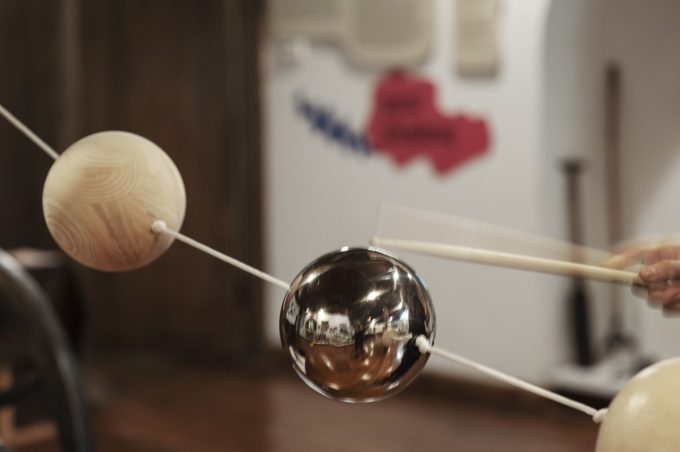 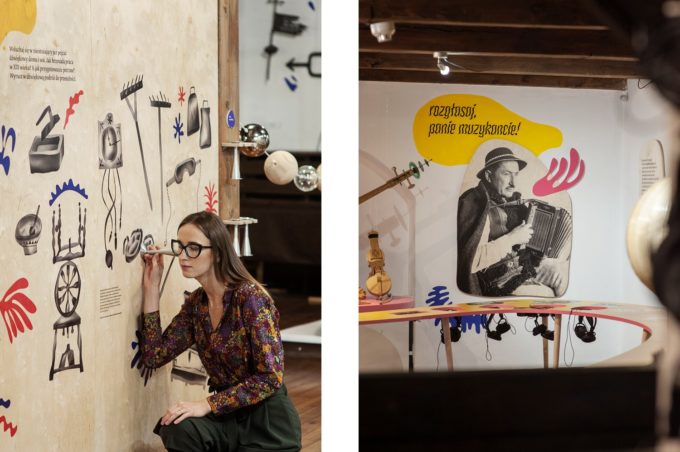 CAPTAINS OF ILLUSTRATION ON FRANKFURTER BUCHMESSE