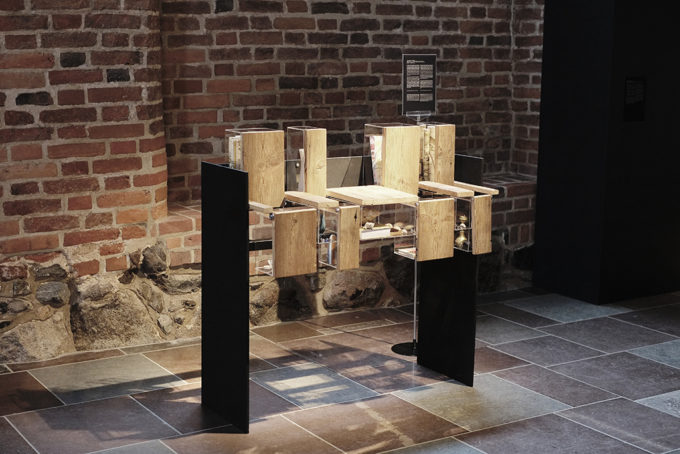 Project and realization of exposition furniture for Baltic House Lab 2015.

This project was a part of Baltic House Lab 2015 exhibition. It is a piece of furniture dedicated for work of Jekaterina Lavrinec named “Sea Findings / Sea Tales / Cabinet no. 3”. We brought to life artists idea to make a cabinet which holds small private exhibitions of sea related souvenirs, shared by visiting people. They were meant to share they stories and memories and create spontaneous collages.
In cooperation with Jekaterina, we elaborated a contemporary form continuing the main idea of inviting to interaction; to explore and search. The cabinet consists of transparent, various sized boxes. Each of them has a rotating lid made out of reclaimed wood similar to this often found on the beaches – gray and washed out. The process of opening and closing the lids makes a cabinet dynamicaly change its appearance.
Simple form of the cabinet fitted perfectly in the Gothic church interior. 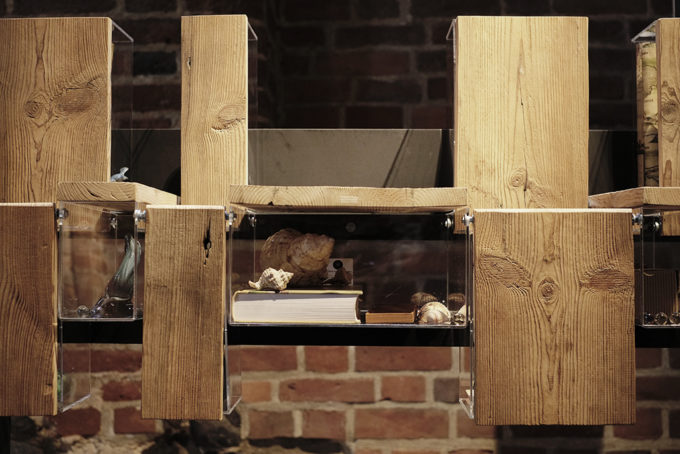 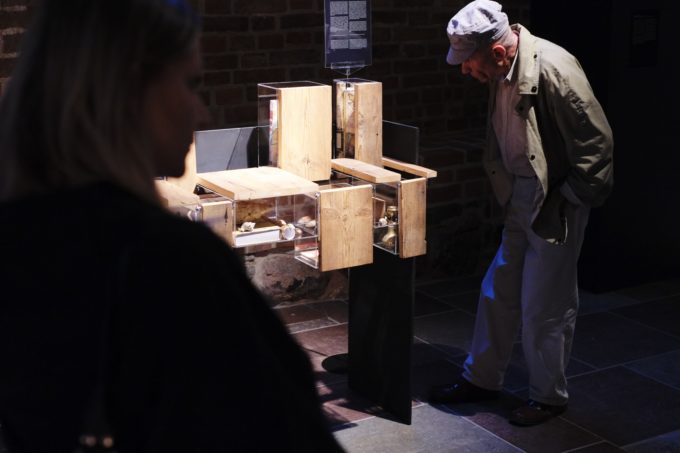 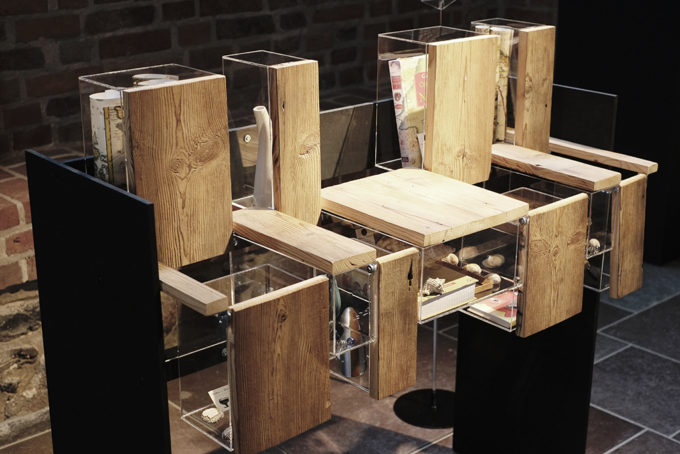 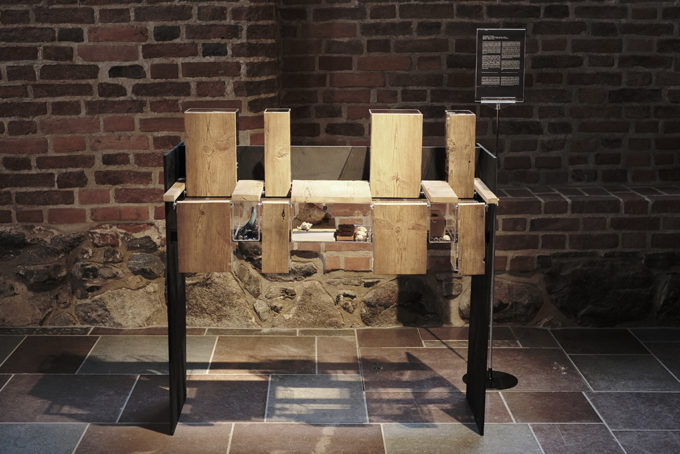