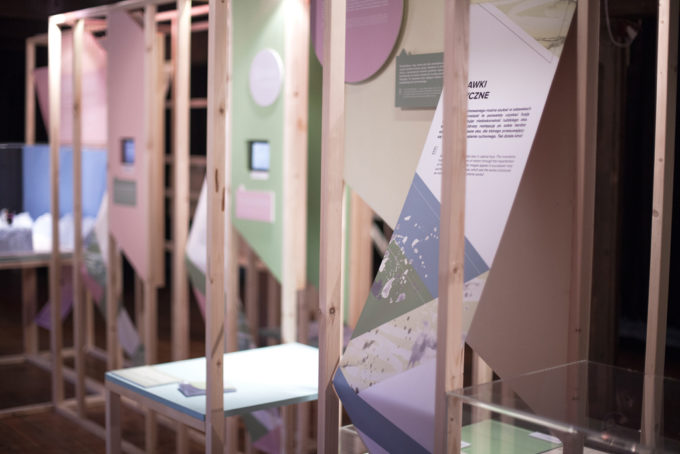 This exhibit presents a broad look at the history and evolution of animated film – a bedtime cartoon. It introduces visitors to some of the genre’s more known, lesser known, and even forgotten animators, as well as the tools and techniques they commonly used to bring their works to life. We designed the space and furniture so that it helps to learn the difference between a phenakistiscope and a flipbook, and how a time-lapse film is made while exploring behind the scenes elements and soundtracks of popular animated series. Graphic identity and colors designed by Dominika Gan, sketches drawn by Basia Lesniewska and modular forms made it friendly and nostalgic both for children and adults. 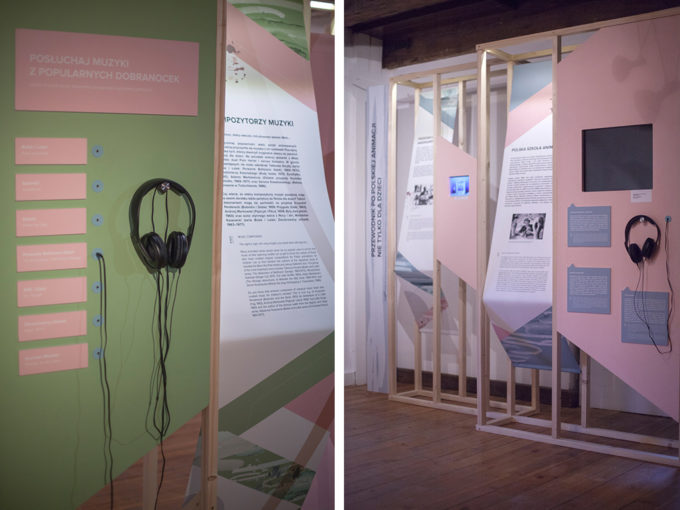 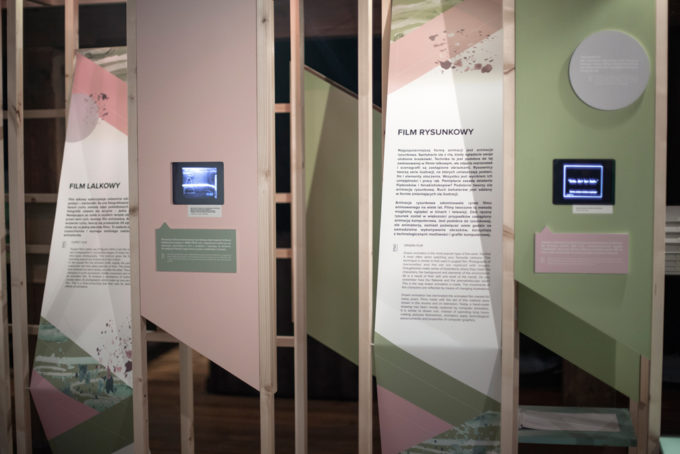 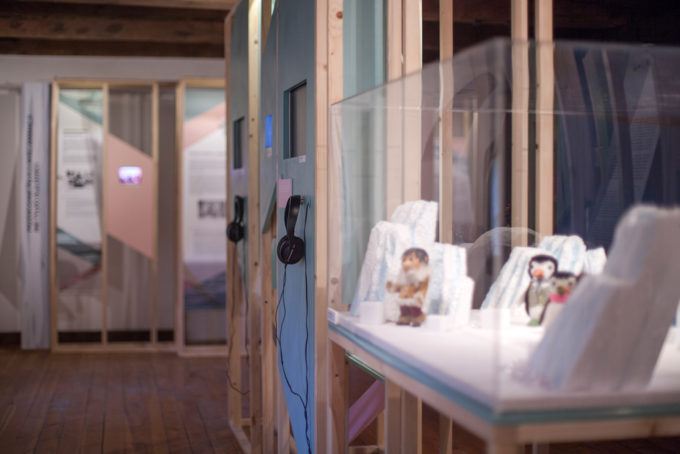 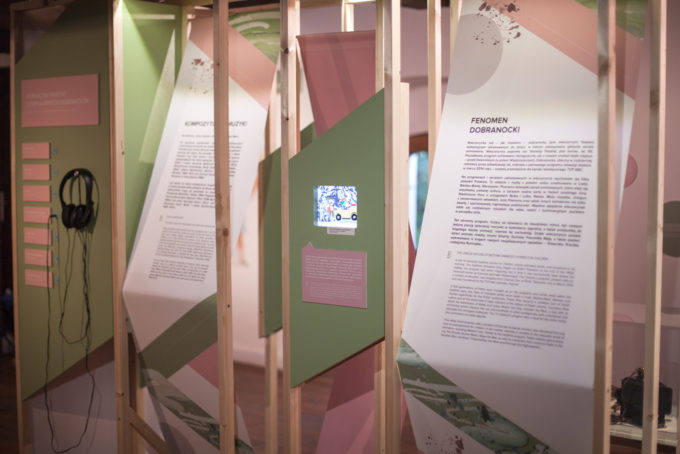 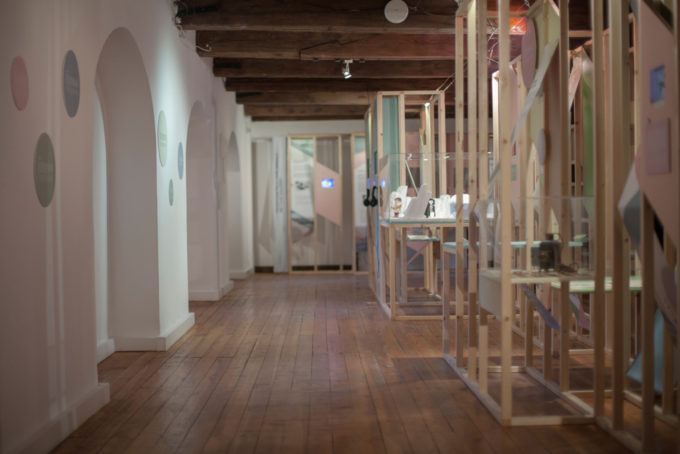 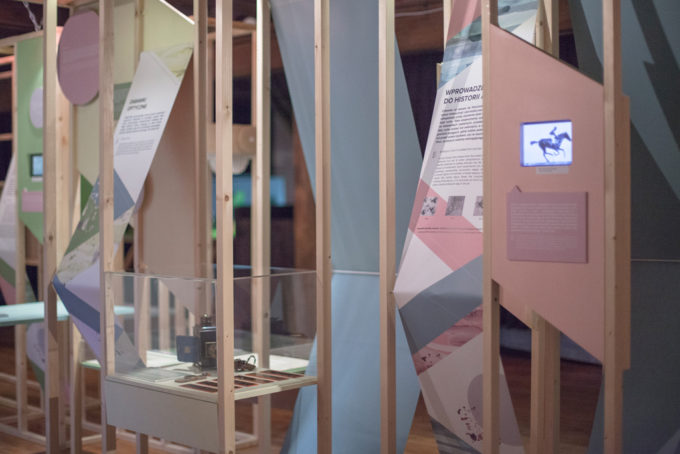 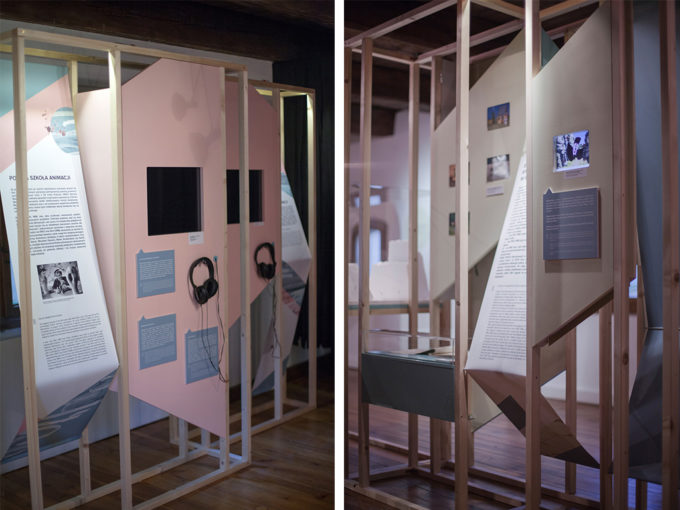